Starting a Business Overseas? A Quick Guide to Tax Considerations

The benefits from expanding your business overseas can be many and worthy of all efforts; but as with any long journeys, many things come to consideration, particularly taxes. Follow the tips in this guide and find your way to a successful international business venture.

Many or all of the products featured here are from our partners who compensate us. This may influence which products we write about and where and how the product appears on a page. However, this does not influence our evaluations. Our opinions are our own.

Whether you are buying an existing business that has overseas operations or you are setting up a new venture in another country, there are a lot of things to account for. A company may consider expanding overseas for numerous reasons: to be closer to suppliers, to serve new markets, or to take advantage of lower production costs. In some cases, it may even be to circumvent trade restrictions or tax burdens in the home country.

Businesses that are considering overseas expansion need to take tax considerations into account from the outset. Different countries have different tax regimes, and there are a number of international treaties and conventions that need to be considered. 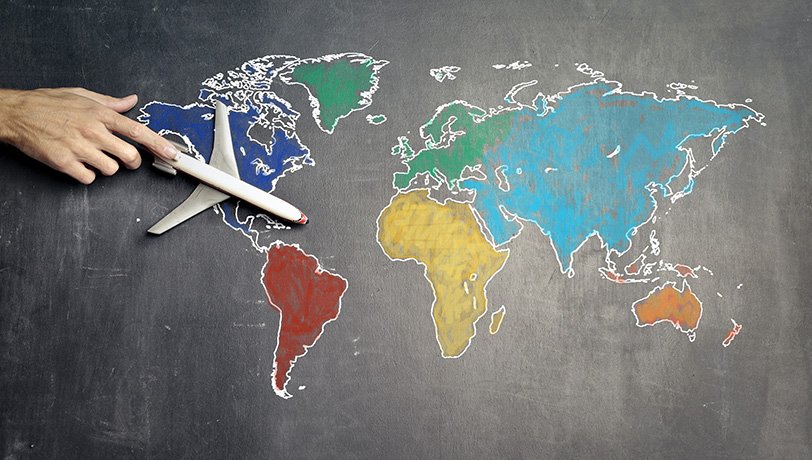 “Taking a global approach is critical to some products' success.”

There are several reasons why a business might choose to move part or all of its operations overseas. Let's examine some of the most common reasons:

A company may expand overseas to gain access to new markets. By selling its products or services in new markets, a company can potentially increase its sales and profits. In addition, expanding into new markets can help a company to diversify its business and reduce its reliance on any one particular market.

Taking a global approach is critical to some products' success. For example, Uber can be equally useful in New York City as it is in London. To capture its entire potential market, Uber now operates in over 10,000 cities across the world in Europe, Asia, North and South America, Australia, and Africa.

Political factors occasionally play a role in a company's decision to expand overseas. A company may choose to expand into a politically stable country, has friendly relations with the home country, and offers a favorable business environment.

Some countries also offer favorable tax policies for businesses. For example, an American business owner who sets up an offshore company in the Cayman Islands can take advantage of the country's 0% corporate tax rate. Google, Pfizer, Oracle, Facebook, and Microsoft have all used strategies like this to save hundreds of millions of dollars in taxes.

In some cases, a government may offer incentives to businesses that expand into their country. These incentives can take the form of subsidies, tax breaks, or other financial assistance.

Some countries also establish special economic zones (SEZs) to attract foreign investment. SEZs are regions that have reduced or eliminated taxes, simplified regulations, and infrastructure designed to attract foreign businesses. China has established over a dozen SEZs, including the Shenzhen Special Economic Zone and the Shanghai Free-Trade Zone.

In many countries across the world, such as China, India, and Bangladesh, labor costs are significantly lower than they are in developed countries like the United States. As a result, companies that expand into these countries can potentially save a significant amount of money on labor costs. 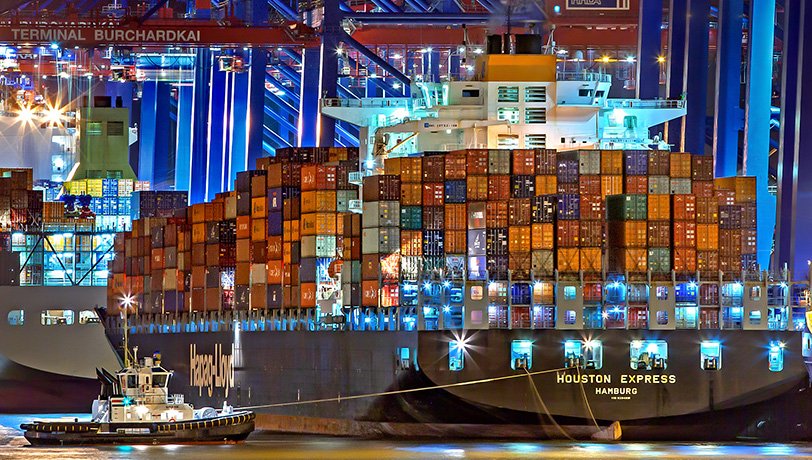 “As a corporation, income is subject to U.S. corporate tax, while loss can be used to offset other income on the company's tax return. However, as a branch, income and losses are subject to immediate U.S. taxation.”

Considerations When Moving Your Business Overseas

Starting a business is already difficult. If you're looking into global expansion, it's even harder. When moving a business venture overseas, there are many things to consider. Here are some important factors to keep in mind:

The United States has one of the world's highest corporate tax rates, so it's no surprise that many businesses choose to set up an offshore company in a country with lower taxes.

However, becoming a multinational business means more than just setting up an offshore company. You may be subjected to additional layers of taxation, so it's important to consult with a tax advisor from a firm like Pherrus Financial to ensure that you're structured in the most tax-efficient way possible. A few examples of tax implications you could run into regarding your business structure include:

There are many other potential tax implications of expanding your business internationally. When deciding whether to operate as a corporation or a branch of the U.S. parent, there are a number of factors to consider. One is the tax treatment of income and losses.

As a corporation, income is subject to U.S. corporate tax, while loss can be used to offset other income on the company's tax return. However, as a branch, income and losses are subject to immediate U.S. taxation.

Taxable Presence in the Foreign Country

Creating a PE in another nation can pose an issue because then your company is subject to taxes there. Even if you haven't established a permanent establishment, other actions might be seen as such, leaving you susceptible to the regulations of that government's officials. Even having a few employees in an international location could be seen as a taxable presence.

While the IRS does not provide a definition for "permanent establishment" in a foreign country, there may be tax treaties between the United States and the local nation. Depending on where the business is established, and what type of business it is, there might be an uneven allocation of income. The uneven allocation will probably be skewed in favor of the foreign country.

When expanding into international business, it is important to be aware of the regulations surrounding cash repatriation. Cash repatriation is the process of transferring money from one country to another. In most cases, businesses will need to obtain a special license in order to repatriate funds. This license is typically obtained from the Central Bank of the country where the funds are being transferred.

Businesses should also be aware of any taxes or fees that may be associated with cash repatriation. Failure to comply with the regulations surrounding cash repatriation can result in significant penalties. As a result, it is essential for businesses to consult with a professional before expanding into international markets. Here are a few tips when considering cash repatriation:

The current US tax system uses a “worldwide” tax system, which subjects multinational companies with US parent companies to a minimum tax on profit above a set rate of return that’s accrued by their foreign affiliates. In contrast, most other countries apply a territorial tax system that exempts resident multinationals’ active-foreign-source income from taxation.

In 2017, the US switched to a territorial tax system, which has created an opportunity for US companies to “invert” their tax domiciles. An inversion is a corporate restructuring in which the new parent company of a multinational group is located in a foreign country with a lower corporate tax rate than the United States.

Employees vs. Contractors In International Business

When expanding your business internationally, you will need to decide whether to hire employees or contractors. There are pros and cons to both options. Employees offer certain advantages, such as the ability to train them in company procedures and the development of long-term relationships. However, they also come with disadvantages, such as the potential for higher costs and the need to comply with employment laws in multiple jurisdictions.

Contractors offer the advantage of flexibility, as well as the ability to hire them for specific projects. However, they also come with disadvantages, such as the need to manage multiple relationships and the potential for legal disputes. When hiring in-house employees overseas, there are also a few things to keep in mind: 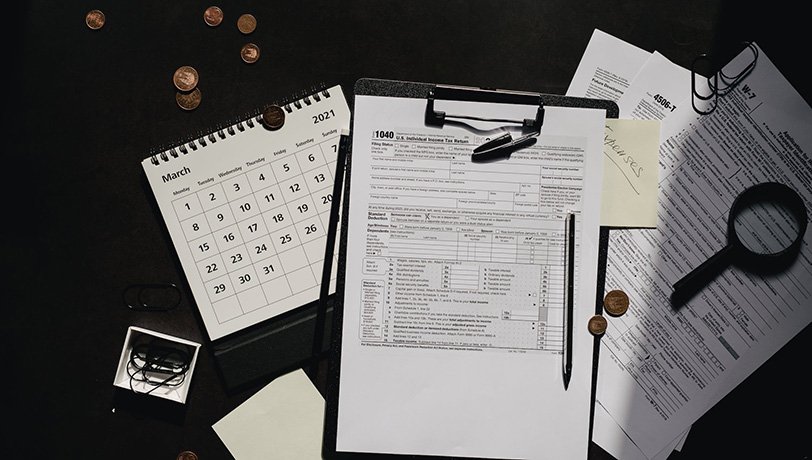 “If you own a patent on a new product, you could transfer the ownership of the patent to a holding company in a country with a lower corporate tax rate. This would allow you to reduce your taxes on the patent income.”

Now that we have discussed some of the basics of international taxation, let’s take a look at some strategies that you can use to minimize your tax liability.

One common way to minimize your tax liability is to shift income from high-tax jurisdictions to low-tax jurisdictions. This can be done by transferring ownership of assets or intellectual property to a lower-tax jurisdiction. For example, if you own a patent on a new product, you could transfer the ownership of the patent to a holding company in a country with a lower corporate tax rate. This would allow you to reduce your taxes on the patent income.

Regulatory arbitrage is the tax planning process of taking advantage of discrepancies between two or more regulatory regimes in order to gain a competitive advantage. This can be done by exploiting loopholes, seeking out regulatory havens, or simply by structuring transactions in a way that takes advantage of different rules.

If two countries handle overseas branches differently, there is room for regulatory arbitrage. One country may allow overseas branches to be 100% foreign-owned, while the other may require a certain percentage of ownership by domestic residents. This provides an opportunity for businesses to minimize their taxes by locating their operations in the country that offers the most favorable treatment.

A double tax treaty is an agreement between two countries that allows taxpayers to avoid paying taxes on the same income in both jurisdictions. These treaties typically provide for lower withholding tax rates on cross-border payments, as well as exemptions or reductions in other taxes.

Double tax treaties can be a valuable tool for reducing your international tax liability. However, it is important to note that these treaties only apply to taxes imposed by the government, not to private taxes, such as sales tax or value-added tax. If you are expanding your business internationally, it is important to be aware of the various tax considerations that may apply to your business specifically.

A tax haven is a jurisdiction with low or no taxes that is used by taxpayers to avoid paying taxes in their home country. Tax havens are often used by wealthy individuals and multinational corporations to minimize their tax liability.

While there are some legitimate uses for tax havens, they can also be used for illegal purposes, such as money laundering or evading taxes. For this reason, tax havens have come under increased scrutiny in recent years. If you are considering using a tax haven to reduce your international tax liability, it is important to consult with a tax advisor to ensure that you are doing so legally.

This is just a quick guide to some of the tax considerations that you need to be aware of when expanding your business internationally. For more detailed information, it is best to consult with a qualified tax advisor.

By following the tips in this guide, you can minimize your international tax liability and ensure that your business is compliant with the laws in the jurisdictions in which you are operating. This article is for informational purposes only and does not constitute legal or tax advice. Consult a qualified lawyer or accountant for specific advice on your situation.


SEE IF YOU QUALIFY

Your comment has been submitted for approval. It will be reviewed by our moderation team and published shortly.